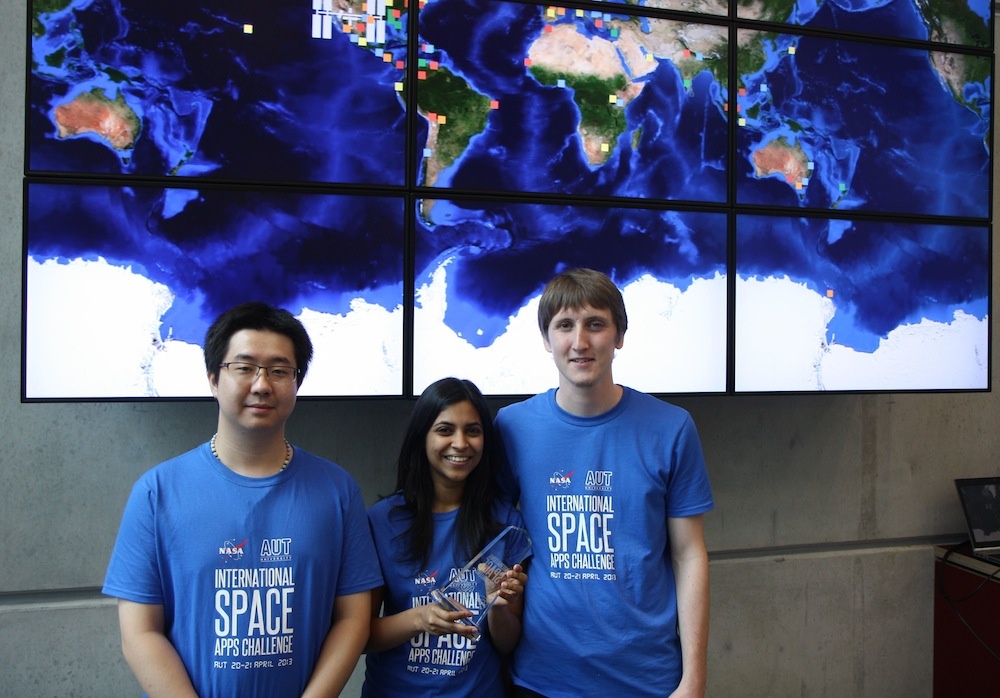 Placing first in the Auckland judging for the International Space Apps Challenge, was team "Spot the Station AUT" - consisting of:

Their winning project consisted of an android application that included: